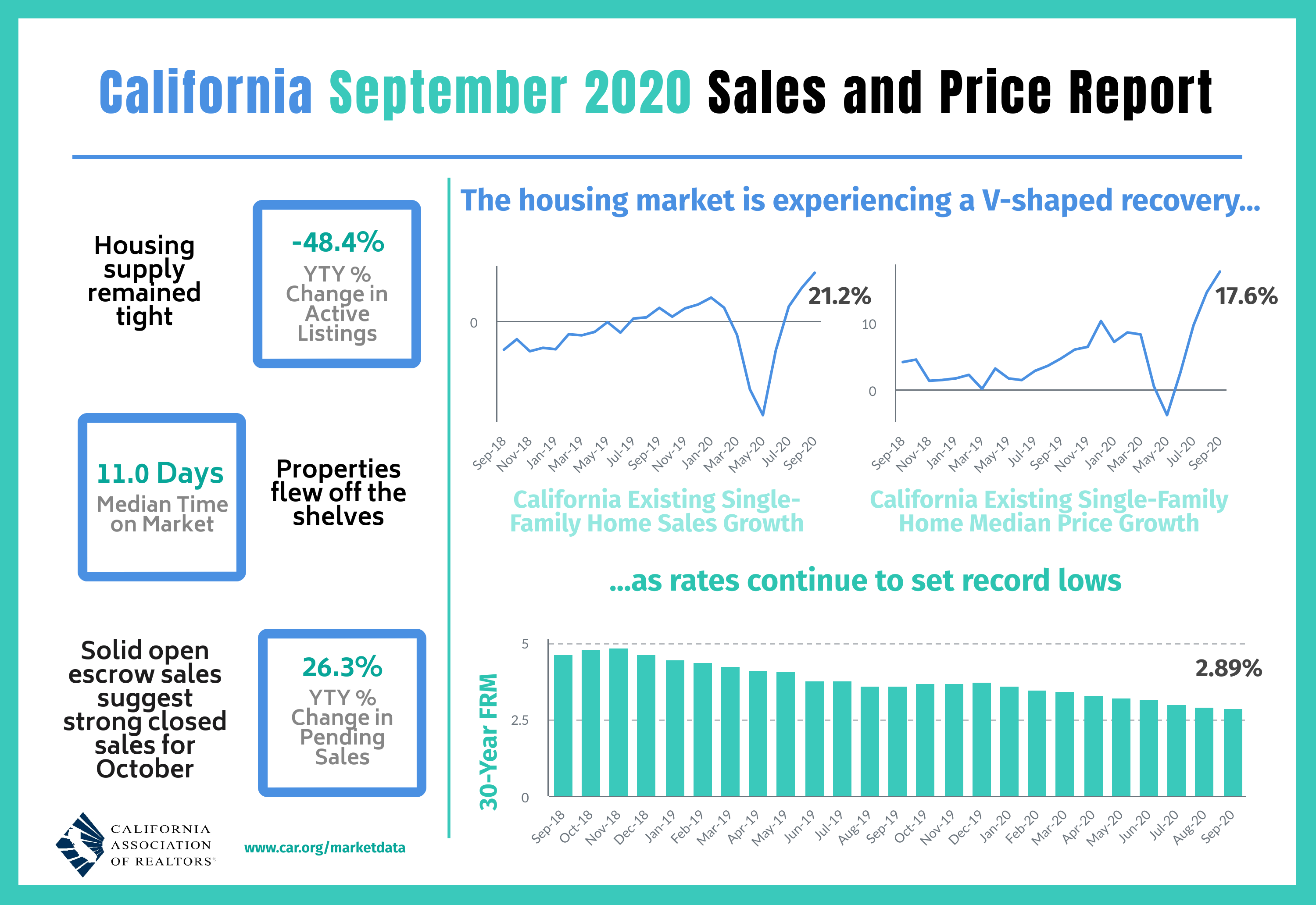 “As motivated buyers continue to take advantage of the lowest interest rates in history, home sales will be elevated in the next couple of months, and the housing market should remain a bright spot in a broader economy that continues to struggle,” said C.A.R. President Jeanne Radsick, a second-generation REALTOR® from Bakersfield, Calif. “And with many employers allowing the flexibility of working remotely, homebuyers now also have the option of searching in less expensive areas where homes are more affordable and buyers can get more home for their money.”